On December the 11th 1962, South African Airways made an experimental flight and landed at Sal.
Once the necessary repairs were made to the landing field, a regular flight began between Johannesburg and Frankfurt, with a stop-over at Sal.
In 1967, Mr. Bonenberg, an SAA mechanic living in Espargos asked Mr. and Mrs. Vynckier if they could rent him 2 rooms. With SAA’s obvious desire to shelter its crew, Georges Vynckier started building 6 prefabricated bungalows in 1970. Later, 16 rooms were built with the country’s rocks.
Over the years the demand kept on rising along with the number of stopovers from the airline that made Sal its major stopover worldwide (up to 32 “Boeing 747” per week). This way Morabeza became a 140 room hotel, lodging also TAP, TAAG, Cubana and Aeroflot. In November 1986, President Reagan refused landing rights to SAA on American land.

At that time Morabeza was practically accommodating only the crew of the Johannesburg-New York line, since the new planes to Europe were autonomous enough and didn’t require an intermediate stopover.
In September 1991, following the retreat of the Cuban troops in Angola, the other companies stopped landing in Sal. Ever since 1986, Georges Vynckier had embarked on a conversion towards tourism by picking up on European contacts.
The first tourists came from Portugal (Abreu) and Germany (Neckermann). A while later he opened up an agency in Paris and another in Belgium.

We guide you on making the crucial decisions for your flight, and find the best rates available which we would communicate with you immediately they come along. Just fill out the form and we would start working on securing the best rates and planning the details for your trip.

There are no reviews yet.

Be the first to review “Morabeza Hotel” Cancel reply 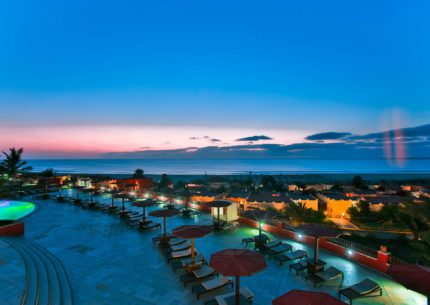