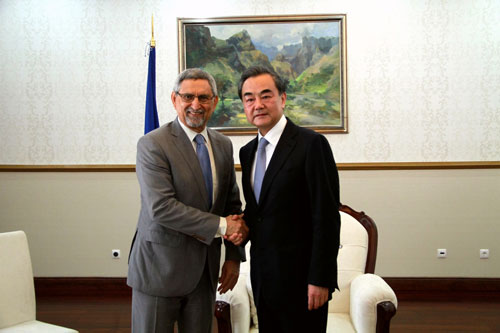 Cabo Verde is in a position to attract investors from China

Cabo Verde (Cape Verde) is in a good position to attract investments by business people from China and Portuguese-speaking countries, through the meeting of Economic and Trade Cooperation that begins today in Praia, said the president of national investment agency Cabo Verde TradInvest, Ana Bárber. The event, called the Entrepreneurs’ Meeting for Economic and Trade Cooperation between China and the Portuguese Speaking Countries (CPLP), will take place until Sunday at the Cabo Verde International Fair (FIC) in Praia, and is expected to be attended by 400 business people, 160 of them from China and Macau. Bárber also noted that TradInvest will present some private projects looking for synergies and “concrete partnerships” between Chinese and Cape Verdean companies. Industrialisation, the maritime economy and fisheries, financing and services, and also Cabo Verde as a China/CPLP business platform, are the four panels selected for the debates. Bárber also noted that political and social stability, coupled with the geographical location of Cabo Verde at the crossroads of Europe, Africa and America, makes the archipelago attractive as a platform that allows products to be shipped to ECOWAS, to the United States and the European Union under the Special Partnership.